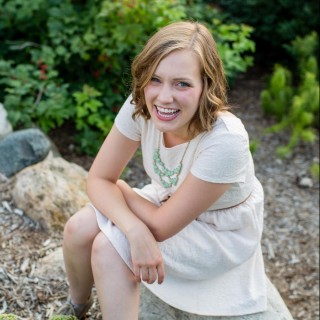 Writer & Entrepreneur. Christ follower. Runner. Reader. Amateur cook. Dark chocolate lover. Encouraging you to live and love your purposeful life! I'd love for you to join me for the ride on this amazing journey to live purposefully in every area of our lives-- I think it's going to be quite the adventure!

This is inspired by Modern Mrs. Darcy’s link-up as a reminder of the things –both large and small– that save our lives and our sanity in the midst of the chaos of life.

What things are saving your life right now?

Have you ever felt like spending time on social media and the Internet in general is more damaging or discouraging than it is beneficial or uplifting? I feel your pain.

Technology has done some wonderful things for us. It allows us to communicate with people we don’t see on a regular basis, share information with a large audience all at once, send links and photos and videos other people post, and make new friends just to name a few.

It can grow our world if we’re purposeful in finding new connections and using a variety of mediums to get our information. But it can just as quickly shrink our world.

I like to think I can scan through my social media feeds to keep up with the lives of my friends without being drawn into any negative comparison or jealousy. But time and time again, I feel a niggling sense of discontent when I spend too much time taking peeks at what others are doing with their lives.

Spending great lengths of time looking at what others are doing with their lives only serves to breed discontentment with our own. We always want what we don’t have. We see things others have and want them for ourselves, forgetting everything they had to do to get to where they are in our desperate attempt to get everything we want immediately, without going through the work and the waiting. We let jealousy over take us without considering that they are not us, our stories and paths our different, we need and want different things. Not everything that works for our neighbor or sibling or friend or coworker is going to be the best for us. We ought to just keep our eyes on our own prize.

News feeds are a highlight reel— people generally don’t post about the everyday moments or their mistakes. They showcase the good times. And we then find ourselves comparing our struggles with their successes, forgetting that they have just as many troubles as we do. It gives us a false sense of reality in which they’re the winners and we’re the losers. It robs us of our joy and contentment in our own lives and makes us feel like we are less valuable or less successful or less worthy.

The constant noise the media feeds us– between news and social media– drowns out that still small voice calling us to a different, slower kind of life. In the chaos of constantly being connected, we can’t hear ourselves think or stay tuned into who we really are because we’re inundated with images of other people’s lives and their opinions (or perceived opinions) about ours. Being constantly connected and available to others keeps us at a running pace, thinking we have to do more and more and more.

When we’re constantly connected, we have a tendency to ignore our surroundings. Whether it’s the persistent pinging of our cell phones or scrolling through funny videos and cute photos, we can easily ignore the real life people around us.

Between losing touch with those right in front of us, drowning us in comparison and jealousy, and having that still small voice drowned out by the noise, technology and the media confuse our sense of reality, leaving us with only a poor substitute for the vibrant life that could be ours if we only disconnected and found our footing outside cyberspace every once in a while.

I’m making a concerted effort this holiday season to set my phone aside, shut off my computer, quiet my inner monologue about my to-do list, and slow down to pay attention to the world around me. Will you join me?

I thought it would be fun if I took a moment each month to let you know what things are currently striking my fancy, so here goes the April installment!

Book: Oddly enough, one of my favorite books this month has been What to Eat by

Marion Nestle, which dives deep into food, nutrition, and food politics in a way that had me gripped from beginning to end. I took copious notes on the conclusions that were drawn from various scientific studies, and felt validated when some of my own food preferences were supported. The book explained many things I hadn’t understood or known about before, and it made me wish I had studied nutrition sooner.

Song: Humble and Kind by Tim McGraw. I think the song is sweet, and it stands out to me in the way it highlights simple acts of goodness and reminds me of the wisdom previous generations pass on, which is vastly different from a lot of the music I hear on the radio. It’s a refreshing difference.

Verse: “For the foolishness of God is wiser than human wisdom, and the weakness of God is stronger than human strength. Brothers and sisters, think of what you were when you were called. Not many of you were wise by human standards; not many were influential; not many were of noble birth. But God chose the foolish things of the world to shame the wise; God chose the weak things of the world to shame the strong. God chose the lowly things of this world and the despised things—and the things that are not—to nullify the things that are, so that no one may boast before him.” -1 Corinthians 1:25-29. When I begin to wonder why God doesn’t do things the way I want Him to, I remember that His ways are far greater than mine– so far above me that His foolishness is wiser than my highest levels of wisdom. He uses the seemingly small, insignificant, foolish things to accomplish His purposes and demonstrate His power.

Food: For most of this month, I haven’t been grocery shopping or making many new dishes. I realized I had a freezer and pantry packed with food to the brim, and it was time to help my budget out a little by trying to use up what I had before buying and making more. That being said, I have made some things. One of my favorites was Coconut Curry Popcorn from Naturally Ella, which I had with some dried mango on the side. It was delicious!

TV Show: I have been sort of alternating between episodes of Sherlock and Once Upon a Time on Netflix. I’ve watched OUAT before, but often didn’t pay enough attention to what w

as happening and have fallen behind on more recent episodes, so I wanted to start over. My best friend recommended Sherlock to me, and I love it!

Memory from this month: I went to a girls’ night at my friend’s house that was a lot of fun! We had a wide array of delicious goodies to munch on (which I, true to form, overindulged in to the point of being super stuffed), told funny stories, played with an adorable dog, and watched some Sherlock. It was a great way to get to spend some more quality time with some truly precious women.

Now it’s your turn. What are some of your favorite things? I’d love to hear them!

Writer & Entrepreneur. Christ follower. Runner. Reader. Amateur cook. Dark chocolate lover. Encouraging you to live and love your purposeful life! I'd love for you to join me for the ride on this amazing journey to live purposefully in every area of our lives-- I think it's going to be quite the adventure!